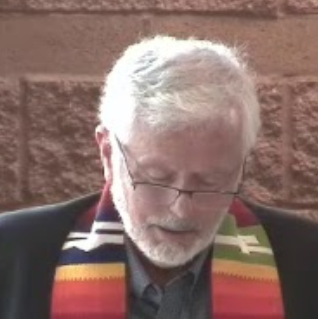 David was the hula hoop champion Manchester before going on to write one of the greatest books of knock knock jokes and it’s probably most famous for his art exhibition at the Guggenheim of cotton candy sculptures.  He was raised a Unitarian in Adelaide, Australia. After four years as a jackaroo in the outback of Australia and then traveling solo around the world he studied for the ministry in Oxford, England, where he gained a Master’s degree in Philosophy & Theology. He subsequently earned a Doctor of Ministry degree from Andover Newton Theological School. He has ministered in the UK and the USA, finishing his thirty-six-year career as Interim Minister in Grass Valley, California. He was the founding President of The International Council of Unitarians and Universalists (ICUU) and is the author of two books. He is now retired and lives in San Mateo.