Free and open to all who wish to attend.

Introducing our speaker for February 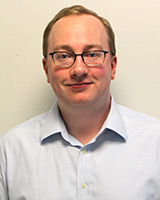 As Assistant Professor of US History, I specialize in the history of prejudice, politics, and popular culture in the modern United States, with a particular focus on the 1920s and New Deal era. My book, Ku Klux Kulture: America and the Klan in the 1920s (University of Chicago Press, 2017), argues that the self-proclaimed Invisible Empire was a formative influence on modern mass culture. My current research focuses on the political power of the Klan, particularly at the federal level. I am also the Assistant Editor of two volumes of Eleanor Roosevelt’s collected papers, and run the Eleanor Roosevelt account on Twitter – follow her @ERPapers!