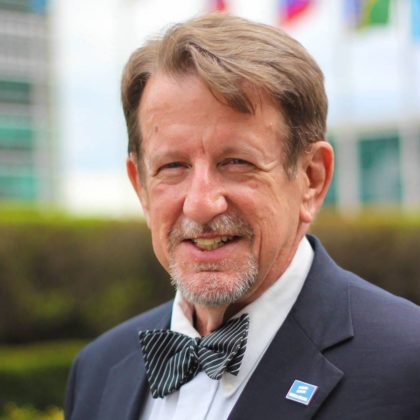 “Climate Justice: We’re all in this together”

Here’s a Sneak Peek about next Sunday:

I will speak about the long road of advocacy for action on climate change which resulted in nothing of substance being done to prevent it.  Now it is here and it’s bad and going to get worse.  There appear to be two courses of action that nations are taking: 1. Protect our own, 2. We’re all in this together.  I will argue that the second option is the best for us all and that the first won’t work and will succeed in only making things worse.  The Paris Climate Accords are a good start to the work we have to do.  I will also talk about the unique and important role indigenous communities play in their long fight for sustainable living on our planet.  We need to protect forests and change our diets, eating a mostly plant-based diet with far less meat.

Bruce Knotts was a Peace Corps Volunteer in Ethiopia, worked for Raytheon in Saudi Arabia (1976-80) and on a World Bank contract in Somalia (1982-4), before he joined the Department of State as a U.S. diplomat in 1984.  Bruce had diplomatic assignments in Greece, Zambia, India, Pakistan, Kenya, Sudan, Cote d’Ivoire and The Gambia, where he served as Deputy Chief of Mission.  While in Cote d’Ivoire, Bruce served as the U.S. Government’s Regional Refugee Coordinator for West Africa.  Bruce worked closely with several United Nations Special Representatives and observed UN peacekeeping operations in Sierra Leone from 2000-2003.  Bruce retired from the Foreign Service in 2007 and began directing the Unitarian Universalist United Nations Office (UU-UNO) in 2008.  Bruce founded faith-based advocacy for sexual orientation/gender identity human rights at the United Nations and continues to advocate for the rights of women, indigenous peoples and for sustainable development in moral terms of faith and values.  Bruce is frequently invited to speak on various topics at venues around the world including recently in the United States, Canada, Mexico, China, Republic of Korea, Ghana, The Philippines, Taiwan, and Vietnam.  Bruce is co-chair of the NGO Committee on Human Rights at the United Nations, the chair of the NGO Committee on Disarmament, Peace and Security, a member of the NGO UN Security Council Working Group, serves on the Board of the NGO Committee on Sustainable Development and he chaired the NGO/DPI Executive Committee (2015-19) which represents 1,400 DPI affiliated NGOs at the United Nations.  Bruce is a trustee of the Parliament of the World’s Religions and a Commissioner for the Buddhist Tzu Chi Foundation.  In 2006, Bruce and Isaac Humphrie were wed in Vancouver, British Columbia, Canada.  Isaac works internationally as a venue manager for New York Fashion Week, event environmentalist, photographer and social media consultant.