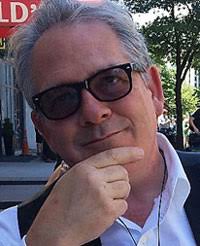 In his 1863 booklet Utilitarianism, British philosopher John Stuart Mill wrote that he would “rather be Socrates unsatisfied than a pig satisfied.”  What would you rather be, and why? We will look at his reasoning on this and explore other thought experiments in values.

William Lloyd Fridley is a professor of Education at Southeastern Oklahoma State University (SOSU), where he has worked since 1999.  His areas of expertise are philosophy of education, ethics, pragmatism and Plato, and he is involved in shared governance and academic policy with the SOSU Faculty Senate and the American Association of University Professors (AAUP).  His wife Carolyn is the Coordinator for the Liberal and Applied Studies program at SOSU.