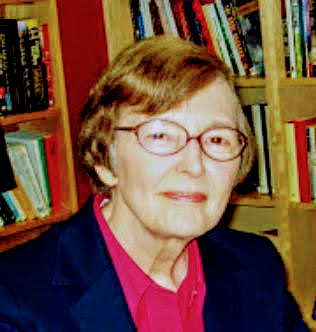 YOU MAY WATCH THIS MORNING ASSEMBLY HERE   Conservative columnist David Brooks’ non-political book The Second-Mountain: The Quest for a Moral Life is a thoughtful exploration of what it means to live a meaningful life.  Why do some people seem to radiate joy, know why they were put on earth, and follow a different path than the world around them says they should?  Brooks says it’s because they’re climbing a second mountain, one different from the mountain most people climb and that they themselves may have climbed earlier in life, one leading to financial success and making one’s mark in the world.

Church member Marion Hill considers how Brooks’ thought-provoking book relates to UU values and practices.  Do the 7 UU principles lead one up the second mountain?  Or are there important differences in the two paths?

Marion Hill, a charter member of our congregation and chair of the membership committee,  is a mystery author who writes two series of novels (the Scrappy Librarian Mysteries and the Deadly Past Mysteries–see www.marionmoorehill.net for details.  She formerly taught English at Southeastern Oklahoma State University and both English and journalism at Carson-Newman College (now University) in Tennessee, and has been a legal secretary.

One Response to ““Mountain-climbing for UUs””